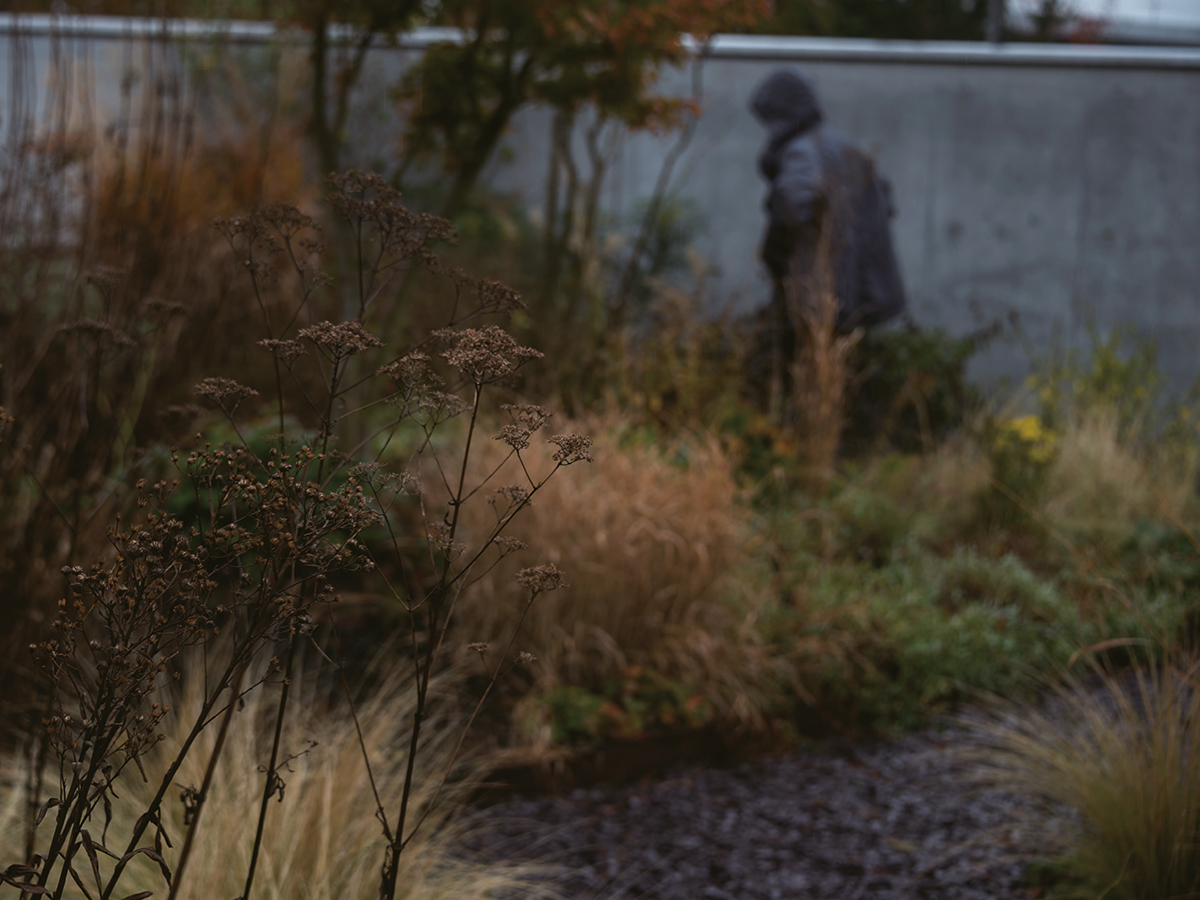 As I open the window, a freezingly cold morning breeze seeps right into my bones.

Ice needles cover the ground, giving it a thin layer of white.
The ground makes a crackling noise as I walk, leaving silver-lined footsteps behind me.

A treetop is casting a shadow on the house. There, I could make out a small, round blob.                     As I followed the shadow, I soon noticed a songbird spreading its feathers on a branch, as if it was waiting for something.

The color-faded leaves in front of me sway slightly in the occasional breeze.
As I touched the leaves, I felt a light yet stiff resistance at my fingertips.
As soon as I put in a bit of strength, the leaves fall soundlessly, as if they had given up on something.

I crouched as if to chase them, and the dampness of the earth rises up through the contours of the fallen leaves at my feet,
which were giving off a withered scent.

The tip of the branch that had lost its leaves was lined with small sprouts, pointing to the sky. The white breath I exhaled was hazy in the endlessly deep sky that I could see through the branches. 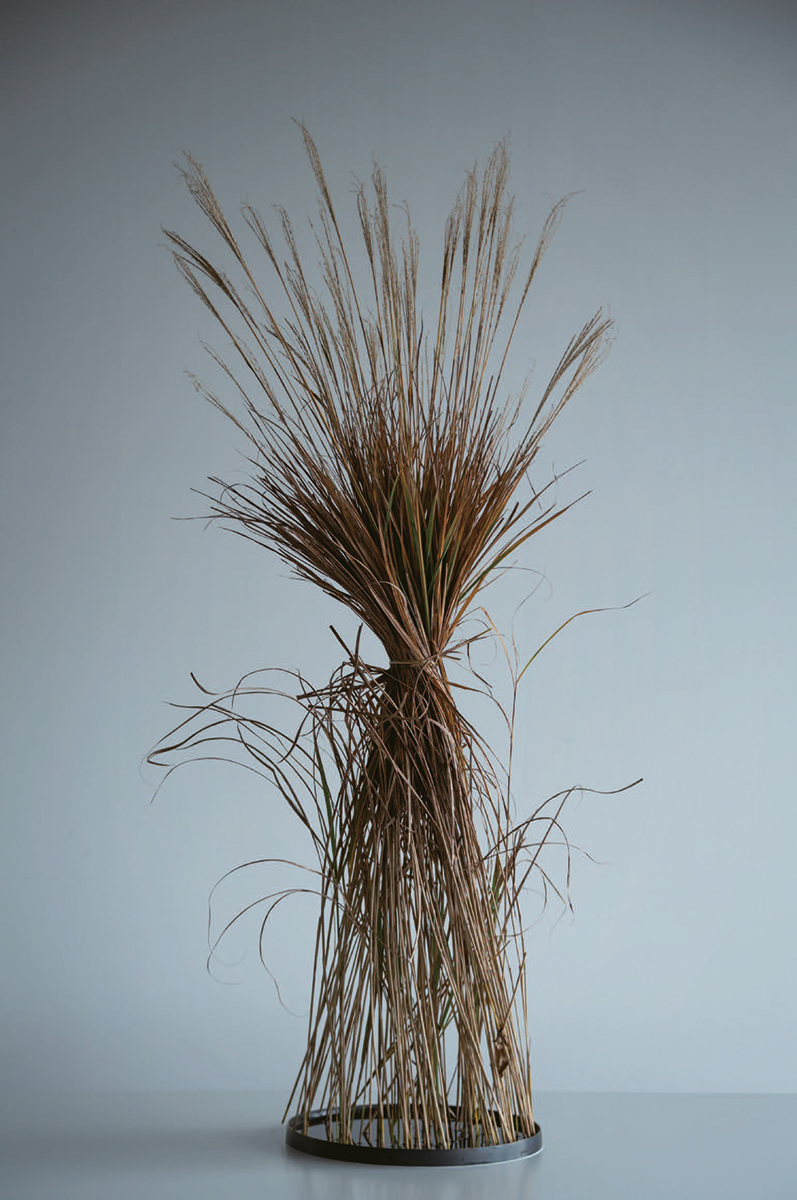 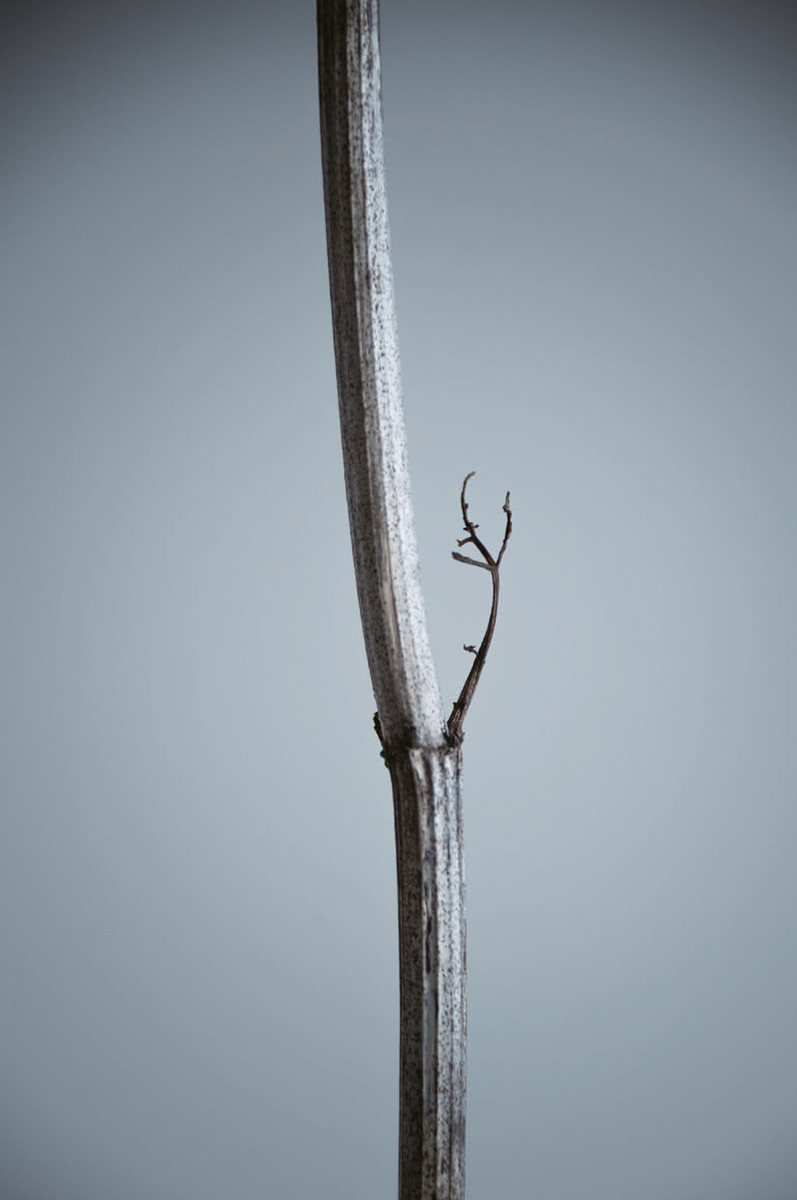 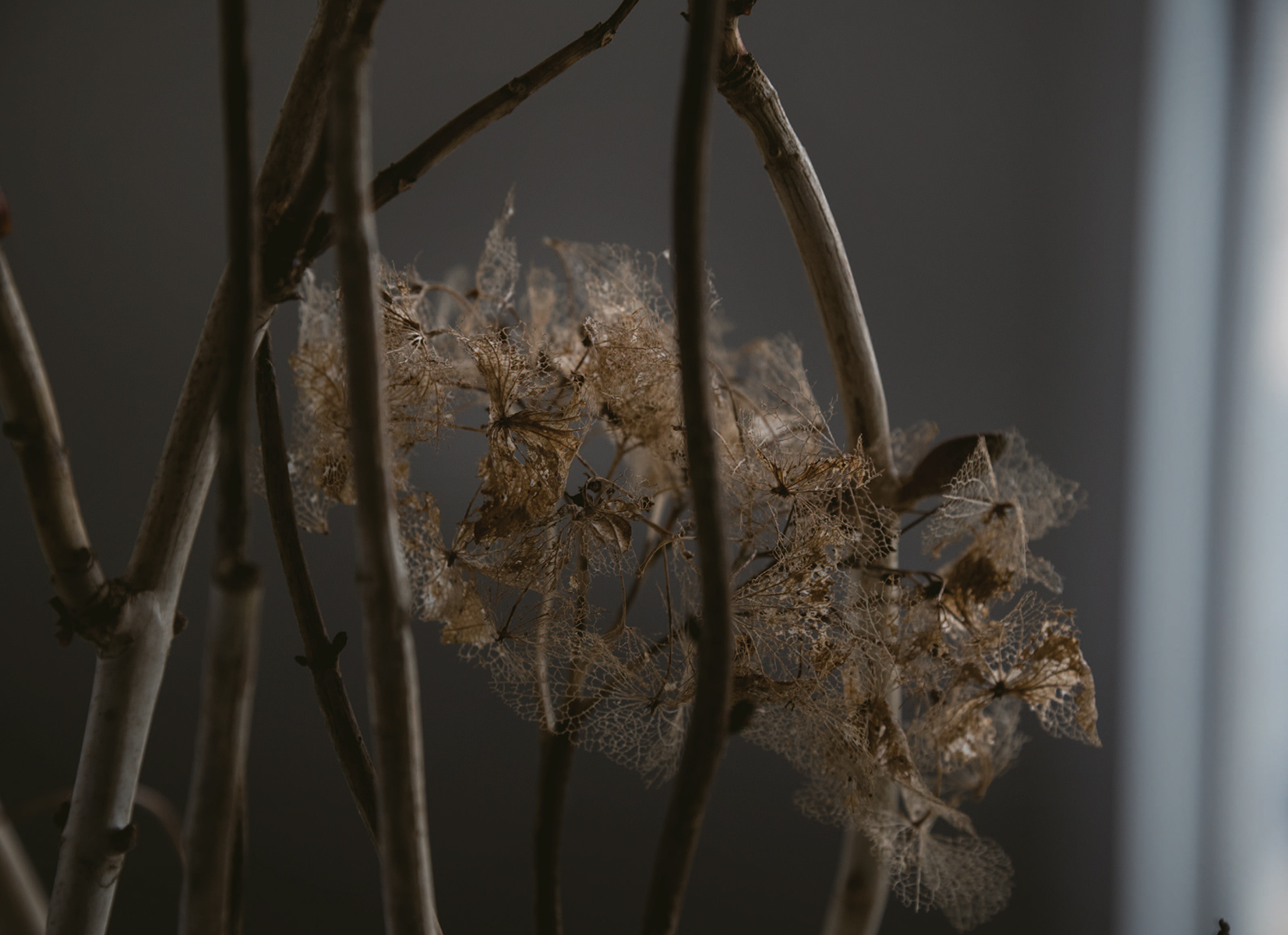 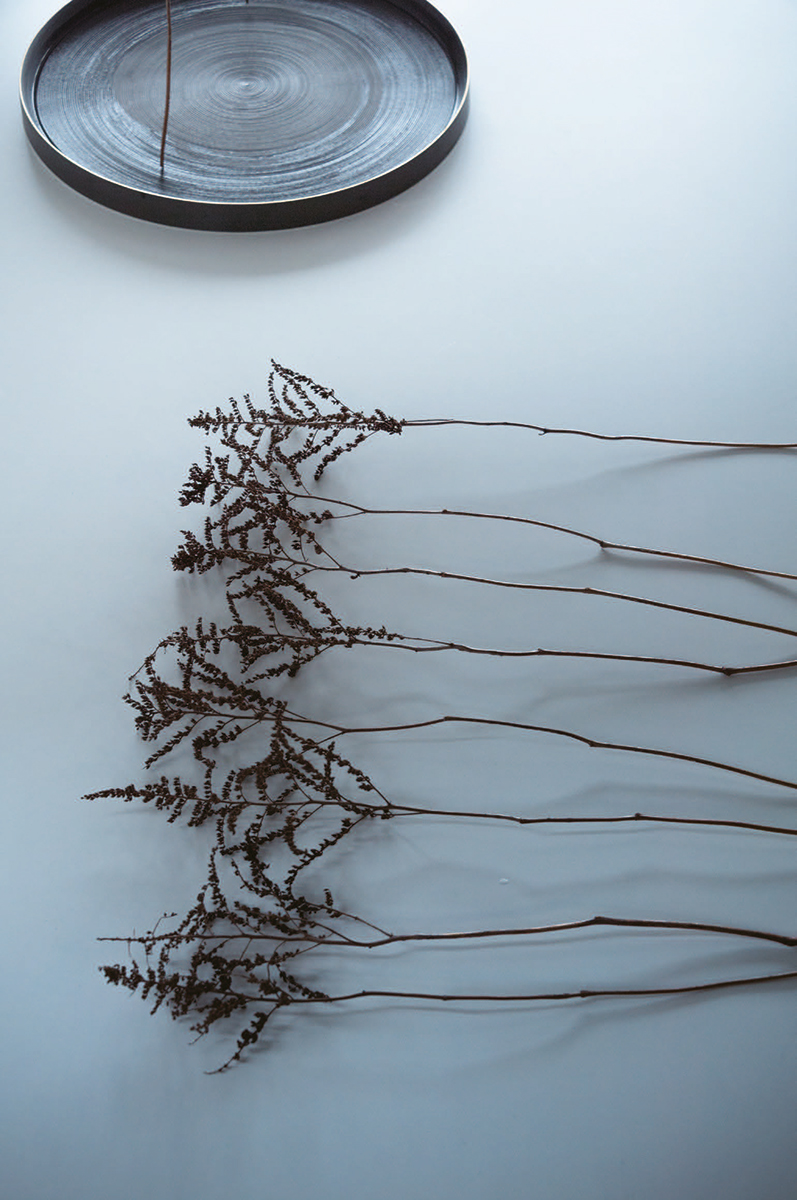 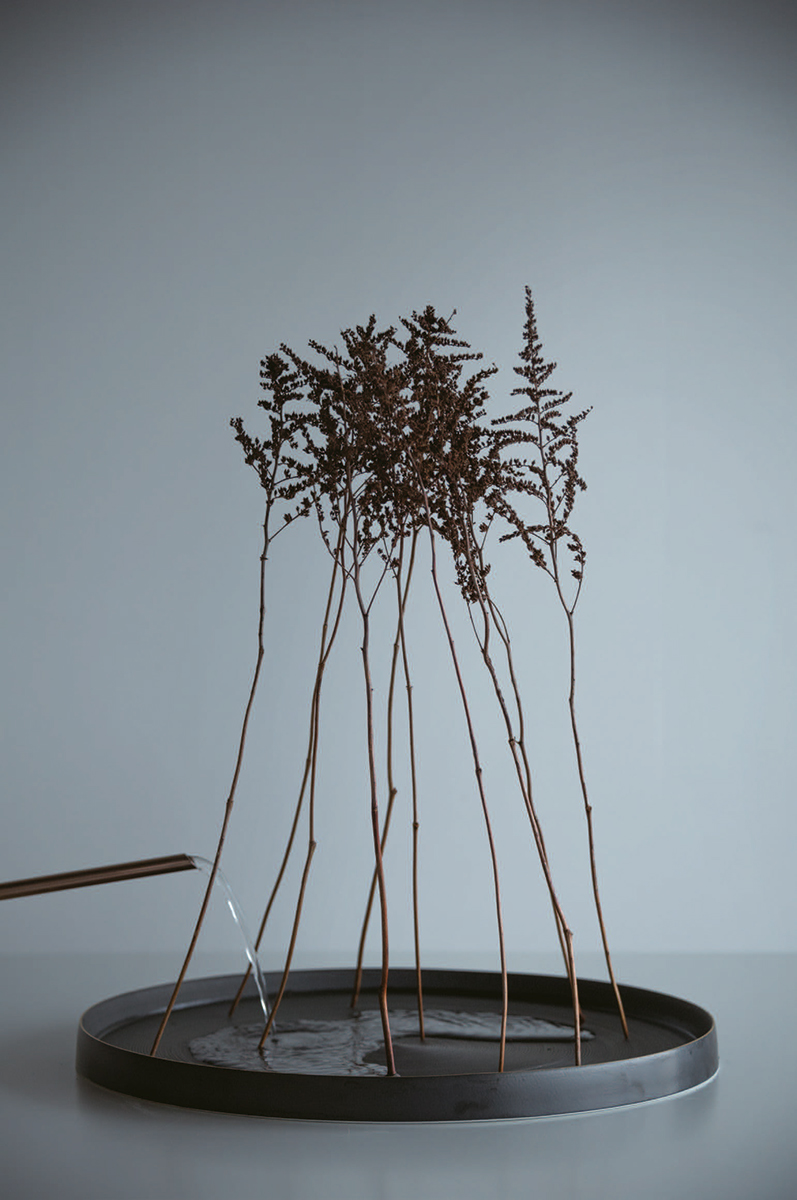 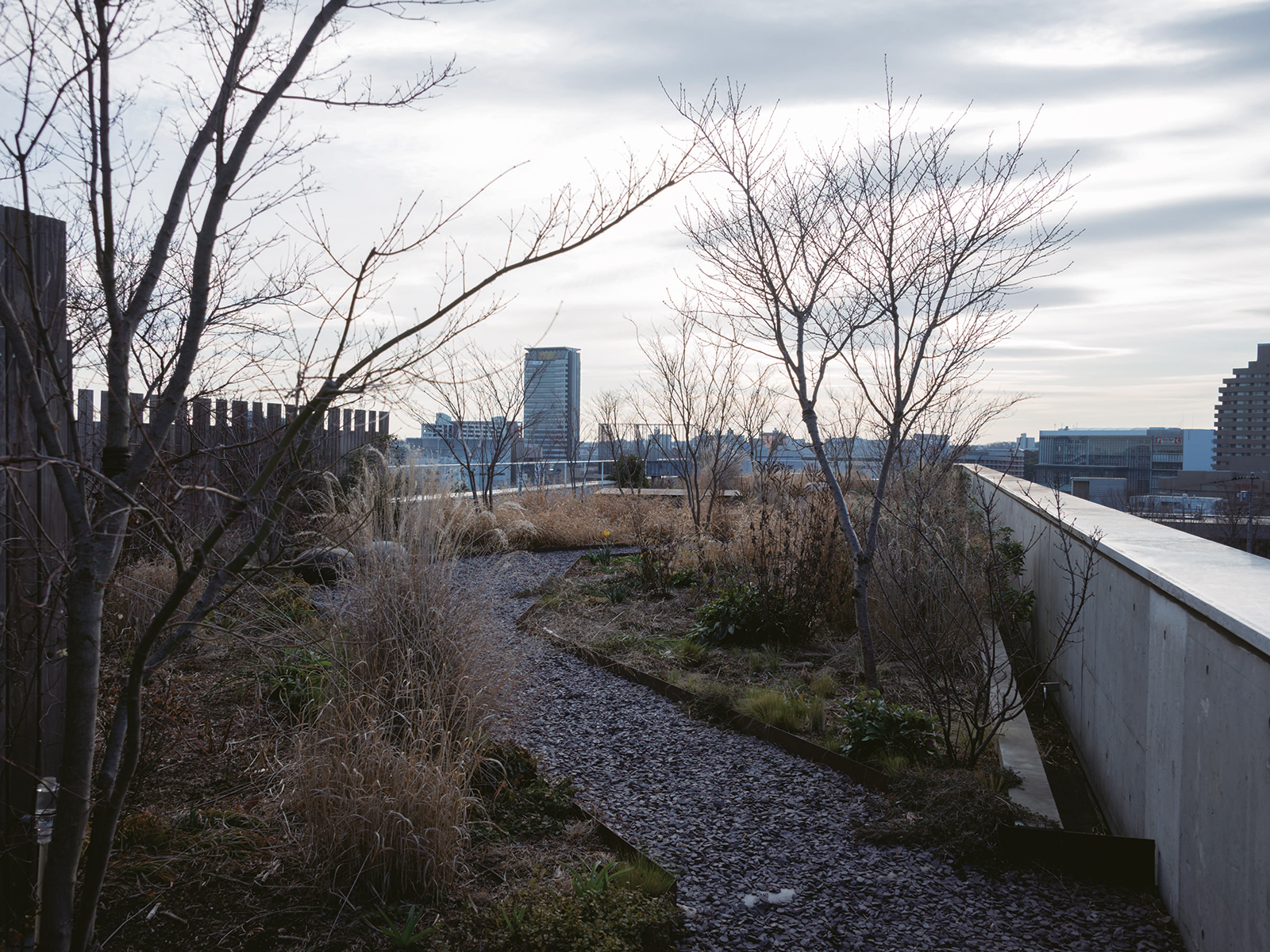