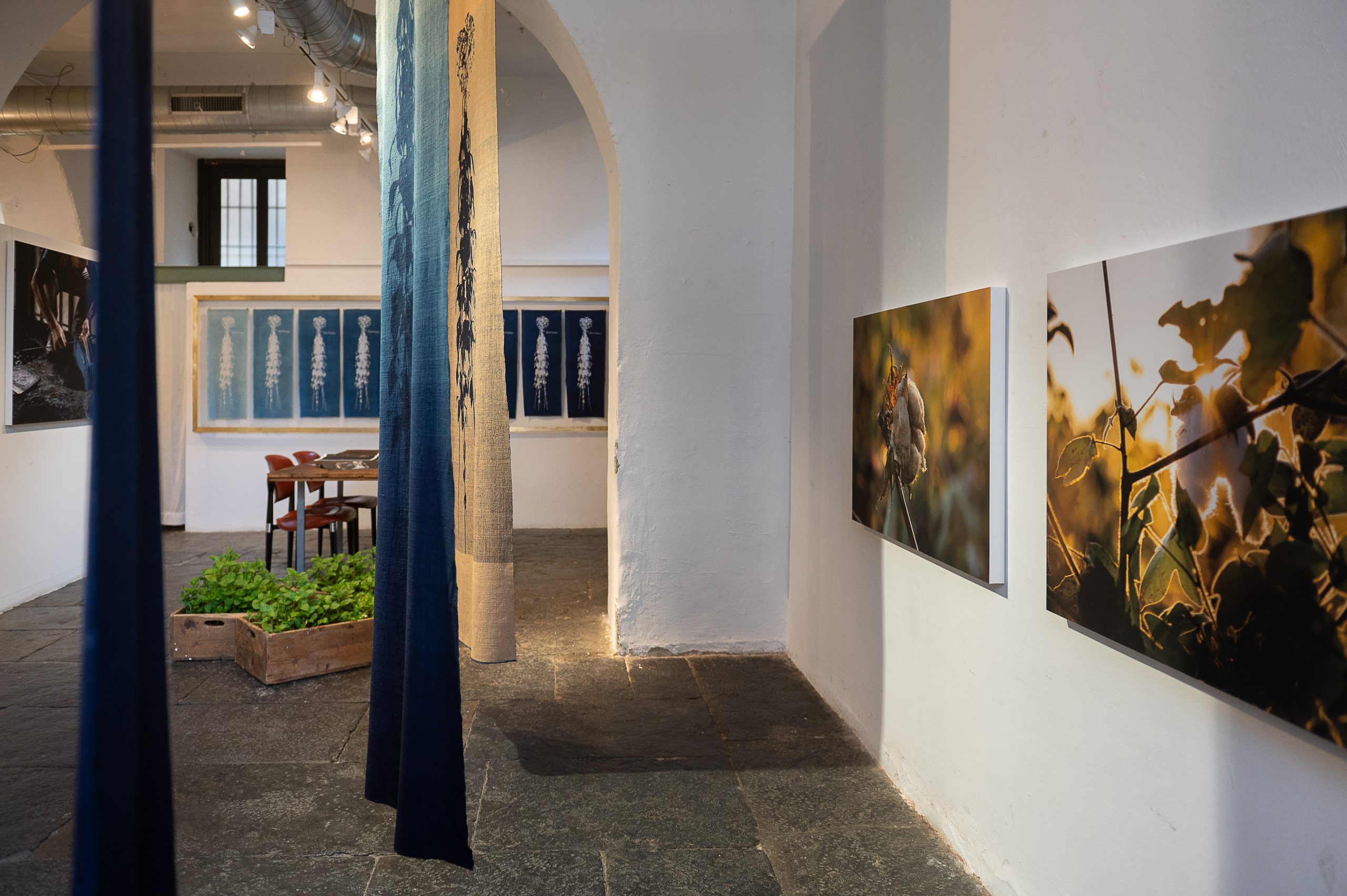 An exhibition that reflects on the theme of the Cycle of Life has been hosted in the atelier of the jewel designer Natsuko Toyofoku. The installation consists of an evocative story of the extraordinary potential of plants and flowers applied to textile processing. 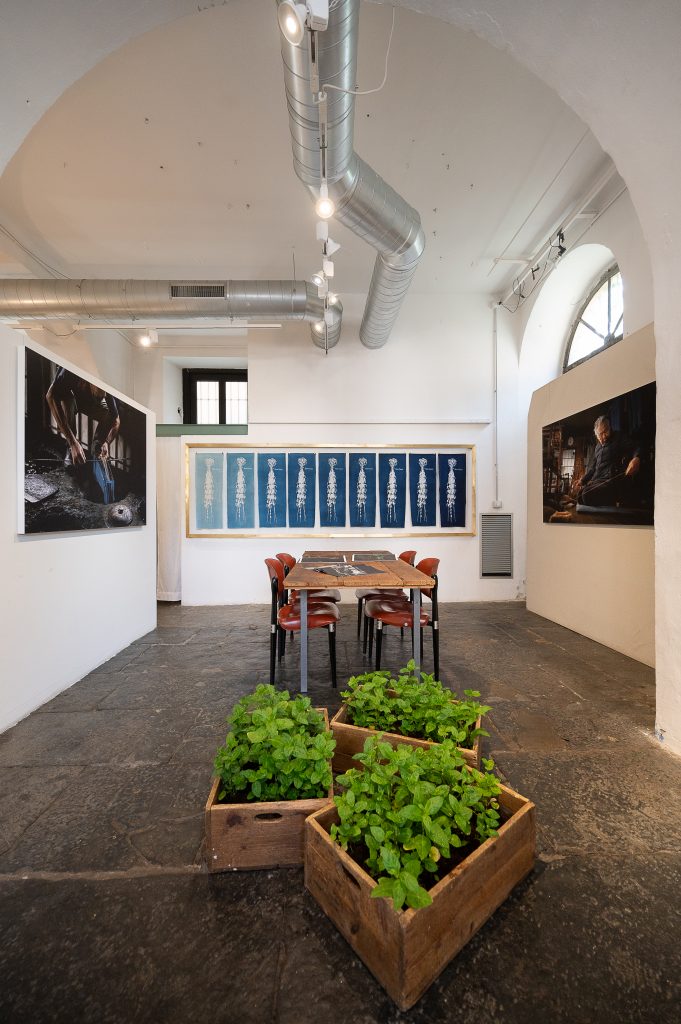 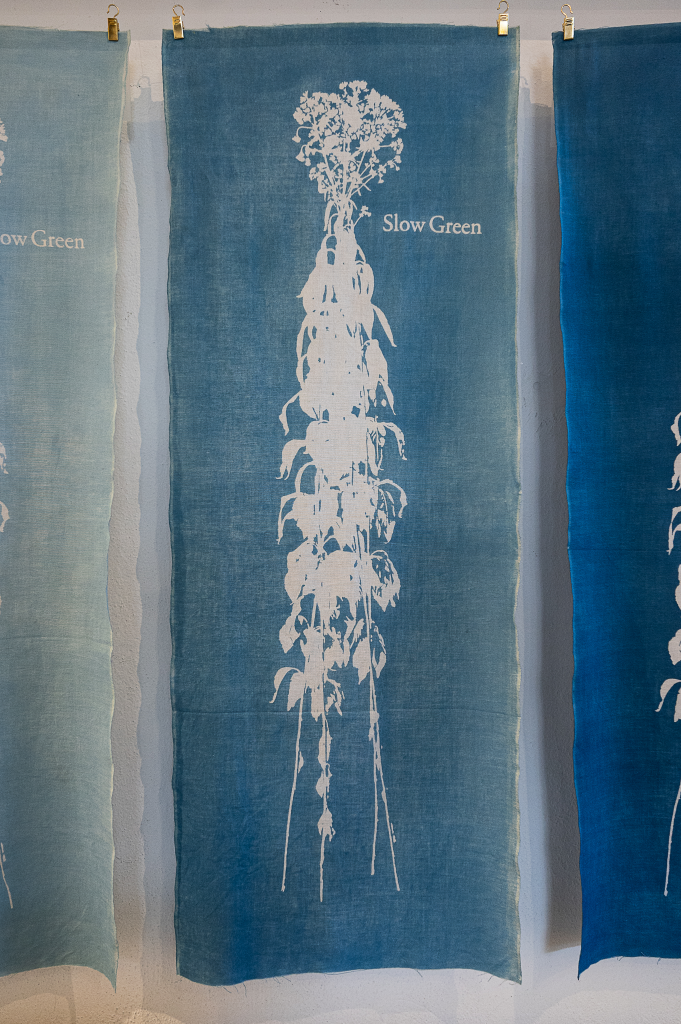 A collection of indigo-colored organic cotton fabrics made exclusively for Green Wise by Higeta Indigo Dyeing Studio are on display at the atelier.

On the walls, a collection of photographs tells the process of maceration of the leaves of Persicaria tinctoria or Japanese Indigo, the plant from which indigo is obtained to dye fabrics according to this ancient art characteristic of Japanese culture.

► What exactly is indigo?

This question arose when I met Tadashi Higeta.

I first visited Higeta Aizome Kobo (Higeta Indigo Dyeing Studio) at the end of June 2020 at the invitation of photographer Murata.

Mr. Higeta personally greeted us at the entrance before showing us his workshop, pointing here and there with his indigo dyed nails. He kindly talked to us about indigo, cotton, dyeing and weaving techniques, as well as the ancient and modern history of the East and the West. Furthermore, I found that he himself grows the brown and white cotton, spins it, weaves it with a weaving device, and applies the dye, all in this same workshop.

Since then, every time I have visited Mr. Higeta, I have come to realize that there is an overwhelming amount of things unknown to me. Indigo dyeing is practiced all over the world, dating back to the ancient Egyptian period and, in Japan, to the Yayoi period (500 BC ~ 300 AD). This shows that the indigo dye was made entirely from natural materials, including the plants used for the indigo color and fabric, as well as the glue used for dyeing the patterns.

However, if we look at the present day, most of the dyes, including indigo dyes, are chemical dyes derived from petroleum, and it is said that in some cases they are even used in organic cotton fabrics.

The meeting with Mr. Higeta allowed me to broaden my awareness not only of the denim I wear every day, but also of the origin and destination of everything related to my work and my daily life.

Indigo has been deeply ingrained in our lives since the beginning of recorded history. Ignorance is no excuse for this and it would seem for many other things… 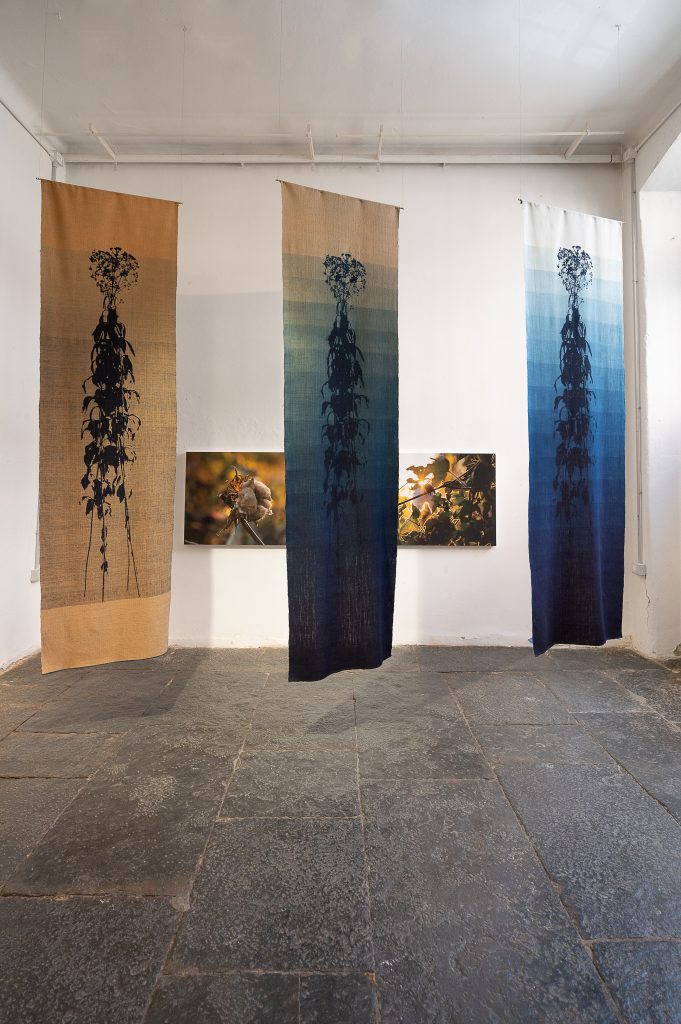 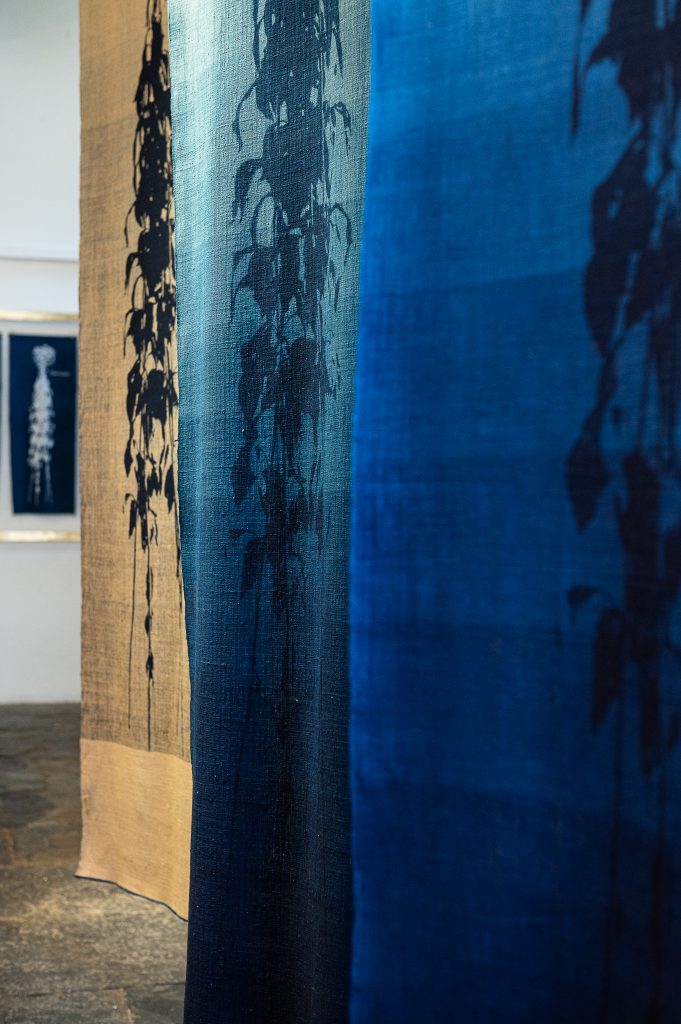 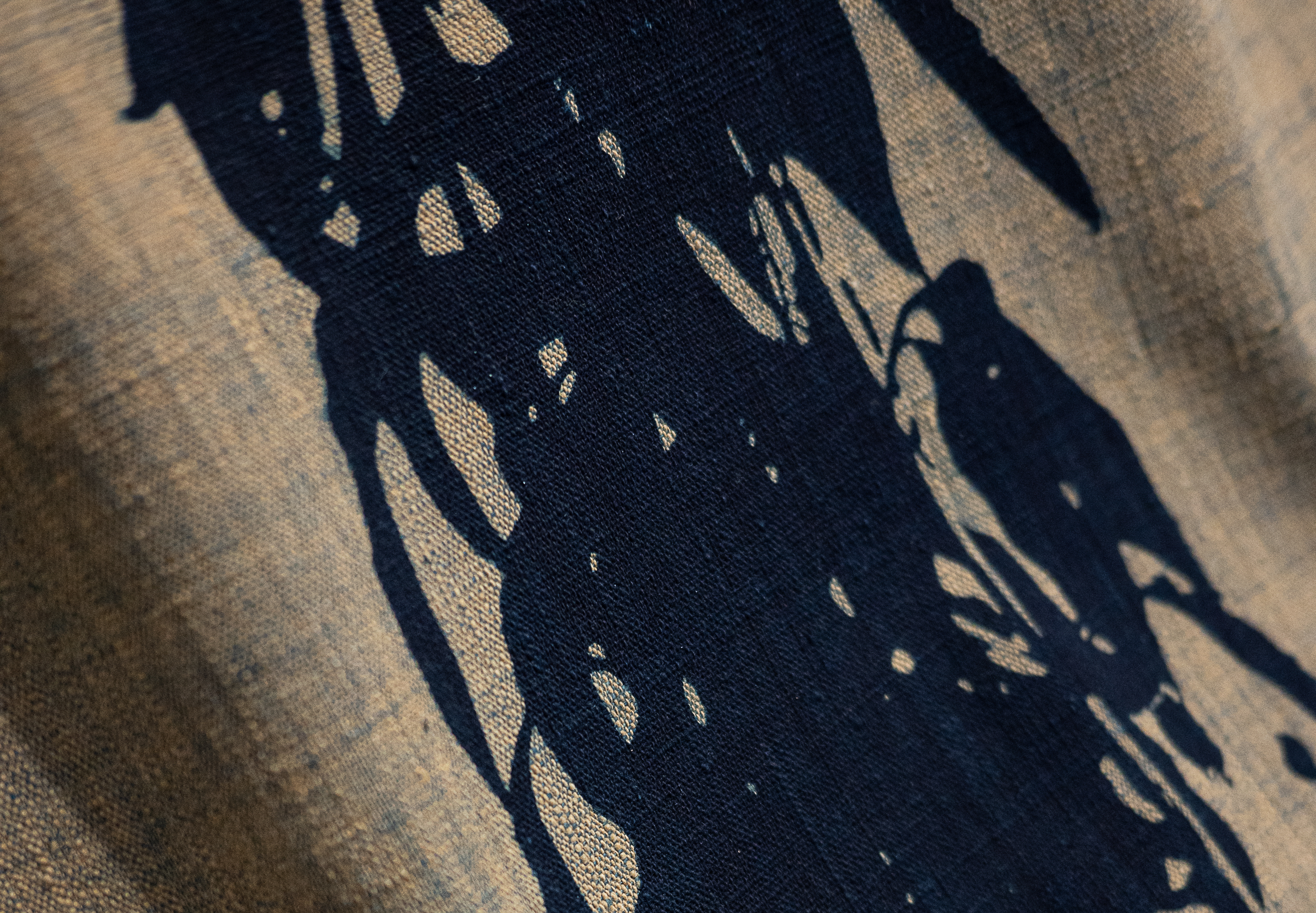